Date & Time: Friday 4th January 2013 - 14.45pm
Species: Common Seal
Details: A single Common Seal cruising with just its head above the surface at the Lurgies just in front of the old harbour. A chap I met said there had been a seal in the same place the day before.
Top

On Saturday (05-01-2013) I had a walk down a stretch of the River Southesk to check out an otter holt to see if it had survived the pre-Christmas floods. It had disappeared, along with several feet of the river bank. The good news is that a new holt has been dug close by and there were plenty of otter tracks in the sand.
Top

Saw a family party of four otters when doing my WeBS survey yesterday (13-01-2013). I had seen the adults here a few times last year but not for several months. Looks like they've been busy...

I was lucky enough to get a few minutes watching the two juveniles playing on the bank about 10 feet away before they got back into the water & swam off.
Top

yeah Brian their seems to be an increase in the Auchmithie/Windyhills Roe Deer population. I saw a herd of x13 early January in the fields near West Mains Of Auchmithie.
The most I have seen of the resident population in 15 years.
Mark Caunt Photography Facebook
Angus Birding Facebook
Top

Last week, whilst driving on the high road between Tannadice and Kirrie, with my lad, just before the bridge over the South Esk we spotted a strange woolly thing hanging in a Rose Bush. We stopped and realised it was a Red Squirrel that had its tail tangled in the thorns. I approached to try and free it but it put a huge effort into escape and was off.

I was very supprised as i do not expect to see a squirrel in a rose bush a good distance from a wood. However I have now seen squirrels eating on rose hips everytime I have driven allong to road.

Has anyone seen this before? I thought the irritant inside Rosehips would have put the squirrel off.

Backwater Dam 13:30.
A Tortoiseshell Butterfly was flying around the area of the car park beside the dam. The temperature of 8C might have had something to do with it.
Top

otter again out in front of gullery hide, feeding on jack pike at 12.30pm.
Top

There was a dead porpoise on the beach at Easthaven on Saturday (06-04-2013). It was about 3 feet long and had probably been there for some time as it was partially eaten.
Top

Unusually 4 Roe Deer feeding during daylight in St Vigeans on road to Kirkton, they must be finding it difficult as the grass isn't growing yet.
I was able to take photos from around 20 metres away and they only ran off when chased by three Wolfhounds which I think the owner managed to call off.
I might inform the local paper and ask that dog owners consider starving deer may be around the town. I believe a dog was killed at Balgavies when it chased a deer on to the road.
Top

Whilst tidying up my Garden on April 15th I disturbed a Small Tortoishell Butterfly ! My earliest I think and most surprising considering how cold it was .
Top

Badger - road casualty on A92 at Muirdrum 21st April
Top

Male Adder and a Slow Worm In Glen Esk this pm.
Top

Pleased too see Water Vole on the Dean on Wednesday.

Also some of our new larger beasts;-)

Saw a Water Vole in one of the old mill lades off the River Southesk last night. First sighting of one for years.
Top

22-05-2013
Three Otters seen in the vicinity of a holt on the River Southesk yesterday evening.
Top

Lots of newts in one of the wee burns on the track at Montreathmont this afternoon.
Top

3 out of 4 nights spent watching an Angus River during late May at dusk, me and the wife have been watching 3 Otters (Parent and 2 cubs) fishing, diving and playing with a parent. 3 nights we have spent watching them. Hard to photograph due to poor, dusk light...but awesome to just see them! 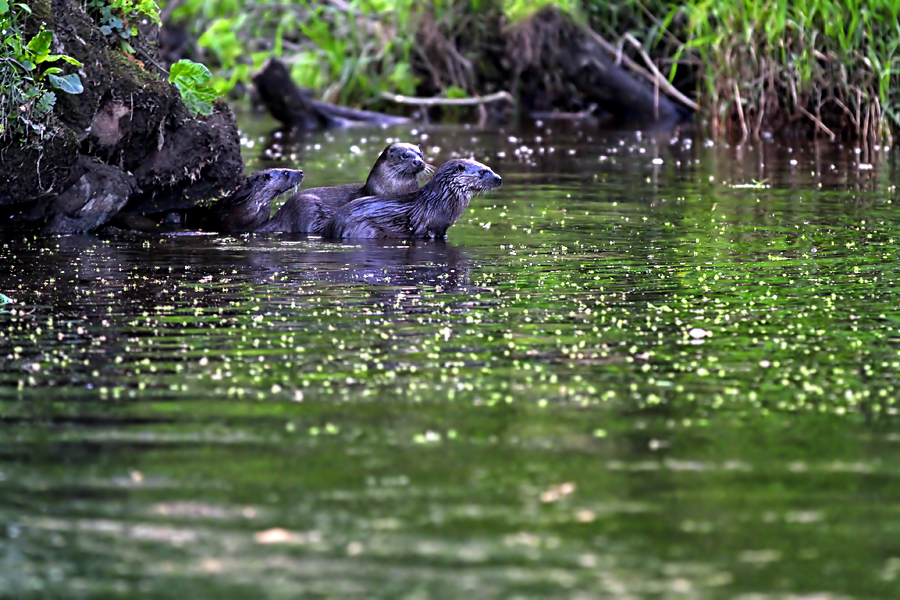 Date: 10 July 2013, 8:50pm
Found a Hummingbird Hawk Moth on the honeysuckle beside my flat at Kinnaird.
Top