Fri Mar 02, 2018
waxwing -14 to left of viaduct in trees when leaving montrose this evening.
masses of fieldfare on road home and masses more in forfar itself
my first montrose magpie seen from the high st today

Also three partridge flew out my garden at 0700 this morning!
Top

BARN OWL HUNTING OVER FIELDS ON MONTROSE/BRECHIN ROAD, EAST OF BALWYLLO FARM COTTAGES AT O620HRS 04MAR18,SEEN ON WAY HOME FROM NIGHTSHIFT. FIRST I`VE SEEN IN A GOOD WHILE.
Top

2 lesser black backed gulls at riverside nature park today first I have seen this year,3 gadwalls on the lochan
Top

Pair of ravens hanging around coxs stack in dundee this afternoon this is unusual as its normally the lochee peregrines that are hanging around.
Top

Captured accidentally in a very long range photo today at Kinnordy, a ringtail Hen Harrier sitting on a fence post on the far bank from the Swamp Hide. Also a single Brambling and Lesser Redpoll in the area of the new feeder station. The loch was still 95% ice covered today and the forecast looks like it will stay that way until the rain starts mid morning on Saturday!
Top

Backwater Dam 11.30am
7 Golden Plovers on hill just over the dam wall.
Top

An untagged Red Kite and a Little Egret in the northwest corner from the Wigeon Hide.
Only 2 Twite seen at the feeding station, Skylarks in every cereal field, new Shelduck Hide may be open by the end of the week.
Many of the old trees at Mains of Dun have been removed (ongoing) and at least 6 Brown Hares near the Shelduck Hide.

St Cyrus, saw a single Magpie there today, first I've seen on the reserve, may be from the birds at Kinnaber.
Top

Sorry for a late report.

There was a drake Pochard at Forfar Loch on Thursday at the west end and 6 Lesser Black-backed Gulls at the east end, one with a yellow ring T:75H which was ringed at the centre in 2015. There are Lesser Black-backed Gulls at Keptie Pond in Arbroath and a few preen in the Brothock on the rocks at the Old Brewhouse. The Iceland Gull is still at Victoria Park, Arbroath and can be tempted in with very briefly with some bread!

The stormy weather brought 45 Cormorants to the North Pond at Monikie today, sitting on the west bank, but the Denfind Pond has been flooded again, I was told to stop the Black-headed Gulls from nesting?

The water levels at Murton have increased substantially bringing in a few more wild fowl including Snipe feeding in the open from the Gladstone Hide.

Early in the week a Little Egret and a Red Kite were seen from the Wigeon Hide, both in the northwest corner, 2 Twite were at the feeding station.

Photo of Cormorant behaviour at Forfar Loch, thought to be courtship, I've never seen it before. The male was paddling hard to raise himself above the water and inflating his neck and gular pouch. Another photo showed the female gaping widely. 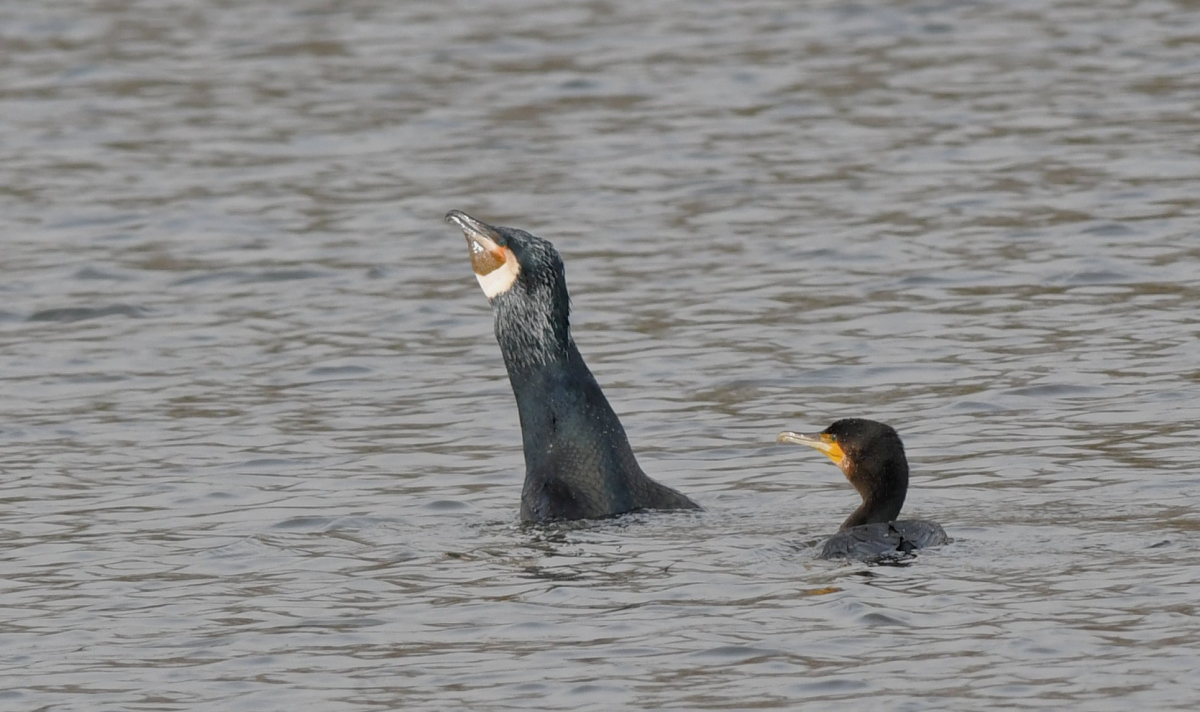 AGV:
Sunday 18th March:
2 Waxwings beside A92 just north of turning to Clayholes by old road from Carnoustie at NO552367 at 1500.
Keith Edwards

Little Auk seen swimming near to the shore parallel to road to Scurdyness lighthouse. ..around 4pm
Top

Woodcock 'roding' this evening at Boggie Wood
NO/508/619 First time I've seen them this spring.
WM

Lots of Redwing - but no fieldfare!
Top

after visiting a friend near Glamis the journey back to Kirriemuir(via the back of Kinnordy Loch ) produced 2 Barn Owls, 4 Tawny Owls and a Long-eared Owl.
Top

Pale bellied Brent Goose still at old sewage pipe along Arbroath Esplanade at 12:30 and 13:20 despite regular disturbance. Iceland Gull also in the area and coming to bread.
Jon
You do not have the required permissions to view the files attached to this post.
Top

11 Puffins offshore between Maiden Stane and Maw Skelly at Auchmithie at either 1300 or 1400. Clock in car didn't auto update.

Pale-bellied Brent Goose and Iceland Gull still near the old sewage pipe where the road turns up to Cliffburn at Victoria Park, Arbroath. 1630 hrs.

Goose linked from my blog, cropped from a wider view. Iceland Gull filled the frame and is resized to 1200 pixels. No Puffin photos....yet. 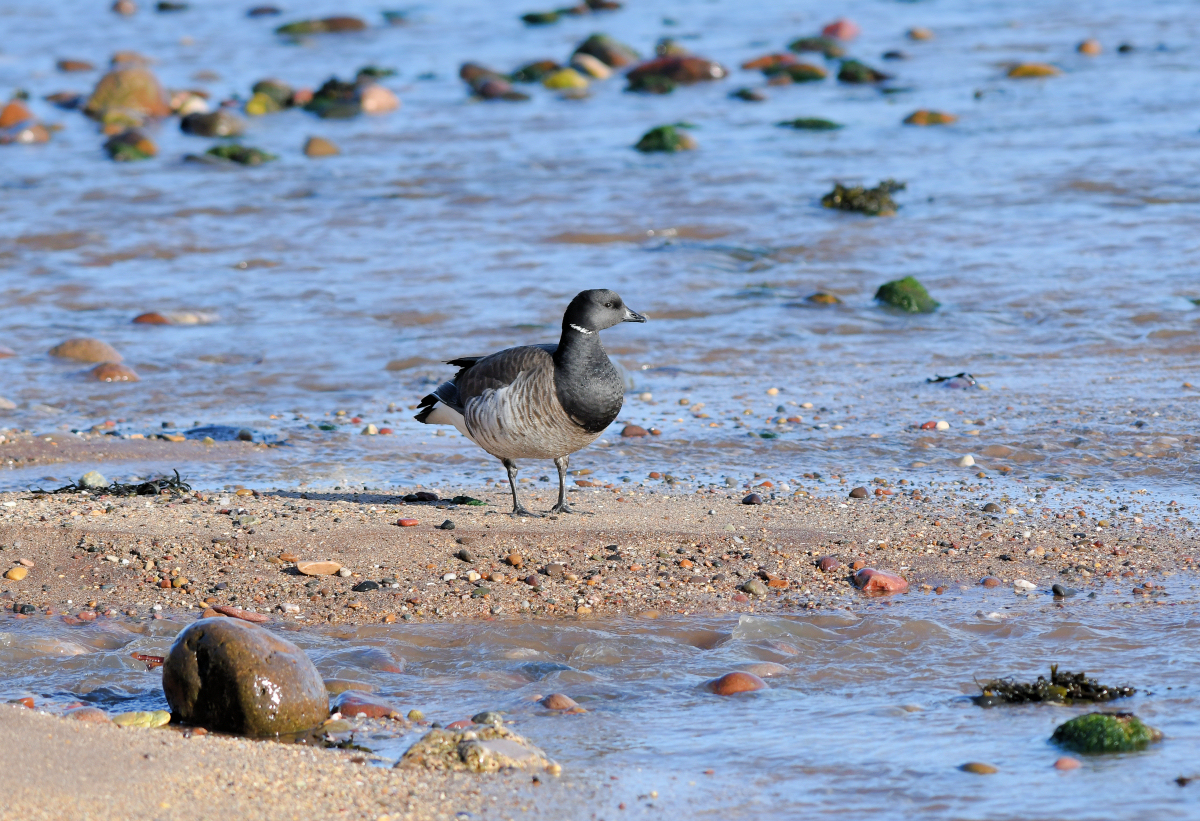 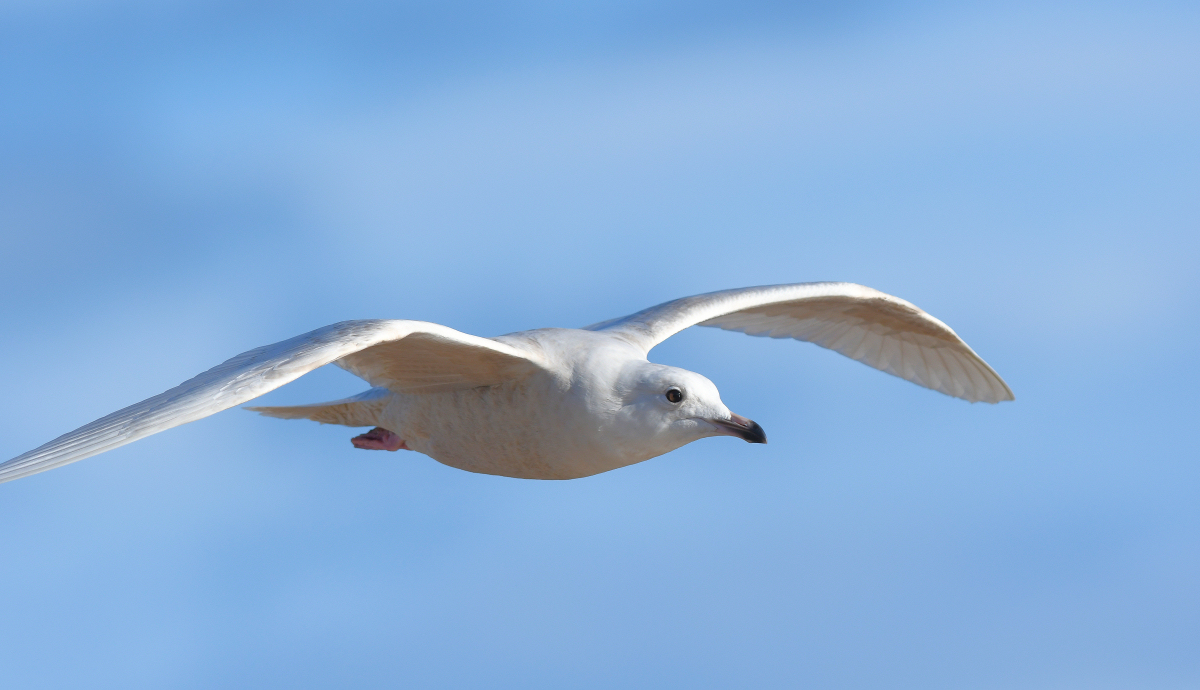 2 Ospreys reported from there today
Top

Sighting Received. Unless highly unusual, 1st sightings of migrants and returning birds will be posted here. Thank you.

an interesting duck here today at East end. Hybrid Pochard/Tufted duck probably.
[img]
IMG_3950.JPG
[/img]
You do not have the required permissions to view the files attached to this post.
Top
Locked
35 posts • Page 1 of 1